Why not walk together?
At Love Your Animals from time to time we may schedule  Free Community Dog Walks. These walks are an excellent opportunity to socialise your dog in the correct manner.  Please call/message us or email us for information of the next free group dog walk. 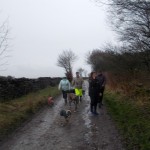 If you’re thinking of organising your own group dog walk or dog socialisation event then you may find the following advice useful:-

We know you love your dog. We all have a duty of care towards members of the public and other dog owners to be responsible and considerate dog owners. Everyone should be able  to enjoy walking in the countryside or parks, without the fear of being worried or attacked by dogs. We also want a safe environment for children where they can grow up without an inherent fear of dogs. Below are some points that may help us all achieve that:-

Click for Basic Tips
Click for regulation tips
As a dog owner, you should be aware of the laws which affect you and your dog. 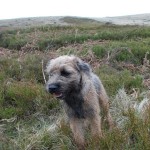 The Dangerous Dogs Act of 1991  was amended on 13th March 2014 and came into effect both in England and Wales. Under this new amendment, as a dog owner, you could receive up to a two year sentence if convicted with the maximum now being 14 years if a person dies and 5 years if a person is injured.It must be noted that this law now applies to all breeds no matter the type. Be it a Yorkshire Terrier, toy poodle or a Pit bull.The Dangerous Dogs Act of 1991 states that it is a criminal offence if your dog is “dangerously out of control” in a public place. A “dangerously out of control” dog can be defined as a dog that has injured someone or a dog or that a person has grounds for reasonable apprehension that it may do so’. So your friendly soppy pet, jumping up at someone on a walk could be interpreted by some as “dangerously out of control”. The police do have the power to seize dogs and impose a destruction order.

Never allow your dog to chase or worry livestock; a farmer has the right to take steps to stop your dog from worrying his stock, even by shooting in some circumstances. If your dog is not safe around stock always make sure that you keep it on lead.

It is a legal (and sensible) requirement that your dog has a collar with a tag showing your name and phone number when in a public place. By law by the middle of 2017 all dogs will have to be microchipped by law.

Some benefits of microchipping

Check with your local council as to where you are legally required to keep your dog on lead. Some bylaws totally forbid you from allowing your dog off lead in certain places.

NEVER EVER leave a dog unattended with a child. Even dogs who are normally the most loving gentle creatures, could be provoked into an accidental attack by a child, with such things as, poking, taking a toy, tripping over and falling onto the dog or even running or screaming with laughter. It’s just not worth the risk of injury to a child and the loss of your beloved pet.

In the world we now live we are at risk of losing our rights to enjoy our pets if we don’t abide by some basic laws. In many countries around the World, dogs are NEVER allowed to run free and always have to be muzzled when in a public place. Unless we all act as responsible dog owners our laws on ‘dog control’ in the future may change to be more restrictive. What a sad day that would be if we lose the right to enjoy the good relationships we have with our dogs, neighbours and fellow walkers on the basis we all enjoy today.